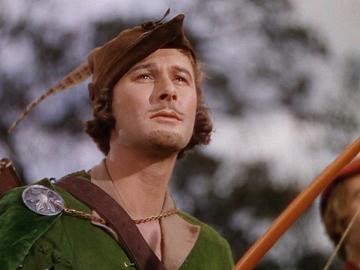 Bloodied, broken and bent, Fiorentina and Chievo limped onto the pitch at the Artemio Franchi in need of 3 pts, but La Viola, with a patchwork lineup of patched up players, proved to be the squad most interested in 3 pts as they pushed, clawed and hacked their way through a must win match and not only got the win, but a clean sheet for the second Serie A Match in a row. This was the first time since October 4th of last year; A scoreless tie with Lazio at the Franchi after a 1-0 win at Livorno.

It could have been the early start, or the rain on the pitch, or the complete lack of understanding between Donadel and Bolatti. It could have been the odd lineup choice of Santana on the right and Marchionni on the left or a combination of all of those, but added to a commitment by Chievo to make this match a 0-0 draw, the first half was an awful , dreary mess. The half featured lots of missed passes, lots of long balls to no one and very few real chances. Fiorentina managed 9 shots, but only 3 of them on goal, one on a nice free kick by Mutu. Artur Boruc, in his first match replacing injured Sebastien Frey, was only called on for two saves.

At the start of the second half, Mihajlovic brought on Juan Manuel Vargas to replace Mario Bolatti and the positive change was noticeable nearly right away. Crosses that had been continuously blocked started coming in from the left, and shots started to rain in on the Chievo net, but by minute 70, the goal still had not been breached.

At minute 73, Alessio Cerci was brought on for Marco Marchionni to whistles from the Gigliati in attendance, but those jeers turned to cheers within minutes as a ball that Gilardino somehow dug out of the ground came off the keeper and Mr Cerci replaced nightmares of Young Frankenstein with dreams of Robin Hood with a lash to the back of the net.

La Viola put up 10 shots in the second half, four of them on, including a ball off the woodwork and the goal, both by Cerci. The rest of the match was Fiorentina hanging on and Chievo trying to push forward for a equalizer. Artur was called upon a few times and wound up with 5 saves.

The win moves Fiorentina to 11th place in Serie A with 12 points, 4 points out of relegation. Chievo, with 14 points drops to 8th, pending this afternoons Palermo-Genoa match up.

Report Cards
Boruc - didn't get the warm fuzzy feeling of security that Frey gives me, but Artur was solid, had 5 saves, a clean sheet - 7
Gamberini - stronger and stronger every match, will need a big game from him wed 6.5
kroldrup - steady. had a shot on goal from the front doorstep he prob should've finished, but he is like statue. 6.5
Pasqual - he's like beans, lots of wind and no result, ho hum 5
comotto - every touch an adventure, every pass a punt. scary 5
donadel - he reverted back to form, bad passing, crashing into people, settled down in the second half. 5.5
bolatti - not ready for prime time, send him back to argie. 4; Vargas - thank god. our success is tied to vargas' health 7
marchionni - he's a black hole, holds the ball too long and then loses it. 5; cerci - he still gives the ball away too easy, but he jumped on a couple of loose balls and made it count. 6.5
santana - seemed a bit out of sorts in the first half, but was the only real offense other than mutu in the first half 6
mutu - easy to see he will be the main cog in our offense very shortly. strong on the ball, nearly splitting three people two times, dangerous on the free kicks, fitness still an issue, understandably. 7
gila - he sucked so badly all match and then on one play, dug a ball out and got a shot off to cause the rebound the goal was scored off of. had a shot or two. he and mutu need more work together. 5.5

mihaj - made the subs that made the difference. he's got the team not giving up cheap goals anymore and starting to get results with patched up lineup. I'm starting to get back on the band wagon. 6.5

Moving Forward
We have a short turnaround as we have a midweek match with AS Roma in the capitol. Roma won today 2-0 on 2 penalty shots in a match marred with questionable calls as Mr Morganti was up to his old tricks. I'm hoping LDS was held back to be fresh and Natali should be available. Big question will be how Vargas comes out of this match. We really need him in the lineup to succeed.