Lunchtime at the Franchi! Get it while its fresh! Fiorentina-Chievo

Share All sharing options for: Lunchtime at the Franchi! Get it while its fresh! Fiorentina-Chievo 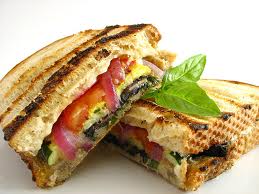 In honor of this weeks 12:30 (and slightly irritating) lunchtime kickoff, todays preview will feature a...different theme.

So after last weeks tasteless 0-0 draw against Catania, the boys in yellow and blue come to the Franchi. Chievo has always been one of those teams that can run extremely hot, or bitterly cold, last season they took it to us and came away from Florence with a 2-0 victory. But we did see a few good signs such as an unlucky Mutu who looked charged and ready and was only held back by a resistant Catania defense.

This week once again though luck does not shine on us, Natali suspended, and Frey suffering a serious injury that could quite possibly end his season. Boruc will be making his first Serie A appearance. Vargas is still being observed and its unclear if D'Agostino will play with the Primavera or sit on the bench for the first team. Monto will undergo surgery on the 15th so don't expect him to play an extremely vital role.

The Boruc- A strong and fiery taste, with a hint of rabid squirrel. Pairs nicely with a side of corn for maximum effect.

The Gamberini- This one has a bit of a bite to it, it is strong, and doesn't allow any opposing flavors to enter.

The Kroldrup- Can be suprisingly delicious, or somewhat rancid, depends on the season.

The Pasqual- Tries to inject a burst of flavor in every bite but usually fails.

The Marchionni- It can only be described as moments of deliciousness but goes stale very quickly.

The Montolivo- On paper its ingredients should make it the most delicious in all of Italy, but some opposing flavors just don't seem to mix well and just leaves it a bit dry and unsatisfying

The Donadel- Starts off somewhat stale but suddenly explodes with freshness and taste.

The Santana- The new rediscovered flavor in this one makes it a pleasant surprise, the second you take a bite, it doesn't stop pounding your senses until it cannot any longer.

The Gilardino- The Gilardino is usually served piping hot but has a tendency to go cold very quickly, it has a strong and distinct flavor, but something about it gives the impression that it is constantly off the line of all the other flavors. (also see: The Inzaghi)

The Mutu- Ah...the Mutu. This one is spicy and fiery known for attacking your senses from all angles and usually hitting the right spot. But it has a varied temper and most of the time will finish off with a nice "kick". Pair with a nice vodka, please make sure to pay your bill.

Chievo come to the Franchi this week off a 0-0 draw with Parma, but sit in 7th, 3 points away from 4th place and have had a generally positive season thus far. Their main dish come to the Franchi this week with a layer of Sorrentino, a generous sprinkling of Frey Jr, Cesar, Andreolli, and Mantovani, a layer of Guana, Rigoni, and Constant, a hint of Bogliacino, and a heaping scoop of Thereau, and Moscardelli. Missing this week is the spicy Luciano, and special sauce Pellissier.

Remember, game starts at 6:30 AM EST this weekend.