Hang On For Your Life Tonight - Fiorentina 1- Cesena 0

Share All sharing options for: Hang On For Your Life Tonight - Fiorentina 1- Cesena 0 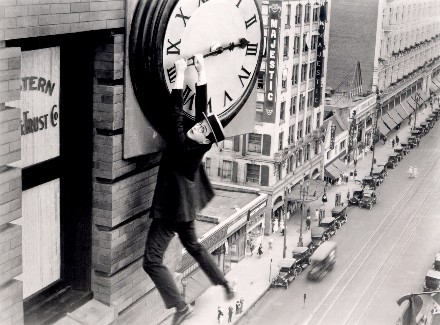 Alberto Gilardino scored his 39th goal in Fiorentina purple, equalizing former great Roberto Baggio, and La Viola held on and scratched and clawed their way to a win over the Cesena Seahorses, moving them to 15 points, with trips to Milan and Turin looming.

Third match in six days for Serie A really showed as both sides lacked energy for most of the first half. Fiorentina seemed to show more understanding, possessing and passing the ball well and even defended rather calmly early. Mutu had a shot saved on a nice passforward from Cerci, Vargas got a shot/cross off that required a punch out, Gamberini got a header on a set piece.

After 40 minutes, Adrian Mutu had to leave for what looked like groin tightness, hopefully not an injury, Ljajic came on but the rest of the half was just Viola hanging on for the break.

The first 15 mintues of the second half were pretty uneventful, both squads rather tentative and unimaginative, until minute 59, when a nice give and go with Adem Ljajic Freed up Alessio Cerci on the right wing and his cross deflected slightly to Gilardino, who corralled the pass and whipped around to bury it:

The last 30 minutes were reminiscent of an old Silent Movie, with everyone running around crazily, but somehow the sheet was kept clean. Boruc was only credited with 2 saves and he never had to leave his box, but it was a shaky performance by the entire Fiorentina rear that must be cleaned up for the next match.

Report Cards
Boruc - hard to argue with a clean sheet. Never really challanged. 6
Gamberini - more of a presence down field, looking more sure of himself, several good headers from his own box and one decent one in the Cesena box, albeit right at the goalie. on the downside, as the defensive captain, there was a calmness in the first half that disappeared in the second half. 6
Kroldrup - no glaring errors,looked pretty solid. 6
Pasqual - tired, some good plays some bad plays. average. 5.5
Comotto - was fairly solid and led some nice charges, of course his passes still are off. 6
Donadel - tired. had trouble getting to some balls 5
Santana - a little tired and def out of position. brave tho 5.5; d'agostino - any calm we had in the last third of the match was provided by D'ago. i think he will soon be an integral par of the lineup. 6
Cerci - was a large part of our attack tonight, got an assist on Gila's goal. still a bit rough, but willing to run run run 6.5
Vargas - looked tired, had some nice crosses 5; marchionni came on too late to do anything
mutu- was linking up nicely with Cerci, was tired and finally injured. 6; Ljajic - great give and go with cerci on the goal. 6.5
Gila - vintage Gila goal. worked hard, earned several free kicks. tied up baggio 7
Mihaj - doing what it takes to win, 6

Moving forward
International friendlies Wednesday. Gila and LDS called up by Cesare, Kroldrup, Vargas, Bolatti also likely to have to report.
Serie A action resumes next weekend with a trip to the San Siro for Milan.