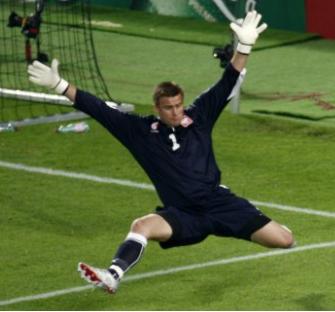 While it certainly wasn't a masterpiece, Fiorentina's trip to Rome was a thriller. With two late goals, if not for a blunder by replacement goalie Artur Boruc, Fiorentina could have escaped with a point that, honestly, they probably didn't deserve.

Roma out possessed La Viola 60% to 40% and out shot them, 22(8) to 9(4) but the stats don't really paint a full picture. Fiorentina came out and tried to score, but like the last few matches, the first half was a very frustrating thing to watch.

Then La Viola couldn't clear their box and Roma broke through:

7 minutes into the second half Fiorentina's left back issues were shown for all to see, as Pasqual was left behind by Menez:

After a few more minutes of back and forth, Adem Ljajic was brought in to replace Vargas. He injected some energy into the attack and served a nice ball to Gila

D'agostino came on for Donadel and Bolatti for Santana. Then Artur's Blunder made it 3-1

All looked lost, but in the final minute of regulation, D'agostino stepped up to a free kick

But Roma were able to finish it off. 3-2

Report Cards
Boruc - first two goals really weren't his fault, but the third was. It was his first Serie A match on the road. I'll give him a 5.5
Natali - not very impressive. burned on the simplicio goal, couldn't block the menez pass, but played better in the second half. 5
Gamberini - part of the mass confusion on the first goal and unable to mark the roma player on the second goal. step backward. 5
Pasqual - really horrible, played to far forward, got schooled by menez, this is the game that gobbi would've normally started. slow and tired. 4
Di Silvestri - best of our defense, but it's not saying much. served the ball to Ljajic that led to Gila's goal. 6
Santana - did ok in a strange position, had a shot that the Roman goalie nearly blundered on, subbed out at min 80 for Bolatti; Bolatti - not enough time to make an impresssion
Donadel - looking tired, got an early yellow card, needs some rest. subbed for D'ago 5.5; D'ago - great to see on the pitch finally, sweet strike on a free kick. 6
Marchionni - Not sure what's wrong with this guy, but he looks nothing like what we saw last season. should be a back up at best. if he's not invisible he's having the ball taken away or passing to the other team. 4.5
Vargas - He really drives the bus, we need him in and healthy. Still doesn't have a full 90 in him, subbed at one hour by Ljajic 6.5; Ljajic - Brings energy, got the assist on Gila's goal on the right side, not really sure why he's not ahead of Marchionni. 6.5
Mutu - looked rusty and tired, and yet got off a rocket at the corner of the net that was blocked. he's getting there, but today was a tiny step back. 5.5
Gila - He's ready to score if someone can get him the ball. no real surprises. 6
Mihaj - the defense stepped back some today, but it was a short week, with travel and against one of the big four. both of first two subs led to scores. 6

Moving Forward
Only a few days to rest up for Saturday's match at the Franchi against a Cesena squad that just beat Lazio, but is winless on the road. Three points is a MUST. After that match, our internationals will have to go off for a midweek friendly, and then come back for a trip to Milan to see The Team Formally Known as the Beckhams. As Saturday's match will be the third match in 6 days, expect to see more lineup tweaks. perhaps Comotto and Kroldrup, Maybe Gulan. Match time is 12pm EST, game will be on TV, but on Fox Soccer Plus. No ESPN3 either.