The Monster Mash - A Scoreless Draw

Share All sharing options for: The Monster Mash - A Scoreless Draw 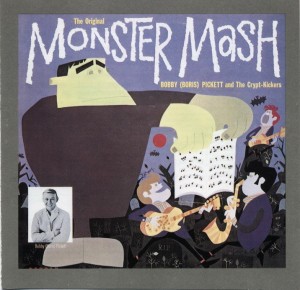 Catania, Sicily is well known for seismic activity, and boy, this match tonight could have used a tremor or two. Catania showed why they had two draws and no loses as they packed back for major stretches and let La Viola possess the ball in a match seemingly played in slow motion at times. One point each really seemed a fair result and both sides should be thankful, but not really satisfied. Catania retained 14th place and Fiorentina moved up to 15th.

Tonight also marked the return of our local masher Adrian Mutu. Adi's early shot on served to let everyone know he hasn't forgotten what he's out there for. Mutu took 6 of 9 Fiorentina shots and had all three of the shots on goal for the team. He looked strong with the ball, but, understandably, as 10 months off takes a toll, lacked some quickness and crispness and got real gassed at the end of the match. All in all, had a promising performance.

Adi's return had several other effects, both on the team and on individual players.

The Style of play was markedly slower, and not always because of Catania, Adi was a strong presence both on and off the ball in the midfield, but was slow and methodical, almost deliberate in his passing and the whole team seemed to just plod forward at times.

Mario Santana had a lot of possession tonight, and though he moved the ball well and generally got a cross off, it rarely was dangerous. I'm very excited to see Mr Vargas get back into his neighborhood and see what he and Adi can do.

I thought Mutu's return had a positive effect on Ricardo Montolivio. He was calm and strong in his role.

There were some players, however, that Adi's comeback did not bode so well for. Marchionni, Gilardino and later on Cerci were unimpressive, and at times awful. I think some more time on the training field should clear some of that up.

Report Cards
Frey - Solid, beat on a free kick by Mascara, but saved by the bar. never really tested after that. made three saves. 7
Comotto - didn't do anything to disgrace himself on defense, his crossing and passing leaves a LOT to be desired, tho. got a yellow card 5.5 DiSilvestri - only a few minutes, should be starting. n/a
Natali - Solid on defense, got a yellow card, will be suspended next match. 6.5
Gamberini - Solid in defense and looking better each week, he still looks to lack confidence and he lashed a few balls out of bounds. 6.5
Pasqual - Invisible at times, some bad passes, a shoulder shrug. 5
Donadel - looked a little tired, but held the midfield well 6
Montolivo - Still looks to be in some pain, but he related well with Mutu in midfield. 6
Marchionni - Marchionni tries real hard, but his touch is bad, his crosses are horrible and he frequently just runs the ball nout of bounds 5 ; Cerci came in for Santana, and while he might resemble Errol Flynn lookswise, he sure played like Gene Wilder. 4
Santana - Took the ball at the Catania defense all night, but was a step too slow to get around his defender. He was willing, but his body lacks the stamina for a full 90 as of yet. 6.5
Gilardino - looked out of place and awkward and missed his vargas but he worked hard. 5.5; babacar came on in stoppage in a delaying tactic.
Mutu - a good opening performance. 6.5

Mihajlovic - I thought he fielded a good lineup that was ready to play, The Cerci sub didn't work out at all. 6

Moving Forward
Next week, in the early early Sunday match (6:30am EST - 4:30am here at Casa Slak) Chievo's Donkeys fly into town. I expect to see Juan Manuel Vargas back in his spot and hope that Mihaj seriously thinks about Adem L on the right as Marchionni is in a slump of slumps. Lorenzo DS should be back in his spot, although Cesare Natali will have to sit for yellow card accumulation. Expect Per Kroldrup to take over.