Love Him or Hate Him but...Hes Back!

Share All sharing options for: Love Him or Hate Him but...Hes Back! 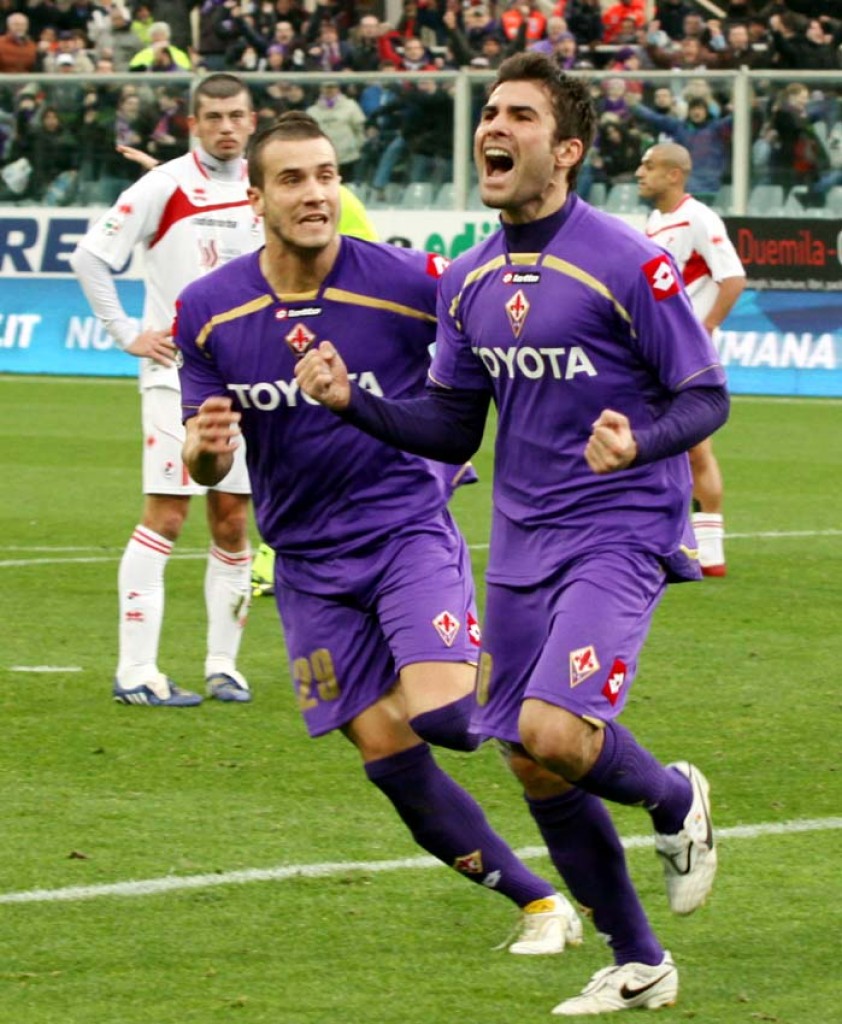 After a torturous 10 months after being suspended for an anti-obesity drug, Adrian Mutu will step on the field for the first time this season and inject some much needed vitality into our team. Despite his off the field antics, Adrian is a symbol of this team, a champion, and the kind of player every team needs on the field. Someone to lead and inspire. Until JoJo is ready to fill his boots, hes our man.

Adrian takes alot of flak, some of it deserved, some not. We bought him in 2006 in a 8 million deal with Juventus that included Bojinov going the other way. In his first season alongside Luca Toni he scored 16 Serie A goals. He and Toni made one of Serie A's deadliest duos and one of Fiorentinas greatest. Together they took us from -15 points to Europe. In 2007-2008 season he took over for the departed Toni and became the leader this team needed. Starting with a goal on the first day against Empoli, gave us 90th minute penalties against Roma and Juve, and he scored the decisive penalty that launched us into the UEFA Cup against Groningen, and is well remembered for a stunning double against PSV. He finished the season with 17 Serie A goals, and 6 goals in Europe. 2008-2009 brought Gilardino and Mutu started off the season injured missing the first game against Juve but already providing assists to Gila on the 2nd day against Napoli. Despite spending more than half the season injured he scored 13 Serie A goals. But nothing would come close to his performance on February 15th 2009.

Genoa. Fiorentina were head to head with the rossoblu for 4th place and the Champions League. In the 12th minute, a Diego Milito pass found Thiago Motta who slotted it in for 1-0. Less than 20 minutes later Mesto passed a open ball to Raffaele Palladino who smashed in the 2-0. We went into the half 2-0 down and demoralized. Coming out of the half wasn't going to be any better. Gamberini knocked down Milito inside the box and Milito converted the penalty. 3-0 and screwed. For the next 20 minutes strikes from Gila, Montolivo, and JoJo were off or parried away. in the 60th minute Gila gets pushed in the box, penalty for Fiorentina. Mutu steps up coldly takes it. 3-1. The assaults continued. 15 minutes later JoJo got fouled just outside the box. The deadly Romanian stepped up and hit a slick freekick into the upper box. 3-2 and we had hopes. Fast forward to the dying minutes of the game. 90+3, viola on the attack, we get in the box, Genoas defense is tight but exposed, In the last play of the game, the ball gets knocked around, Gila finds Mutu at the edge of the area, Mutu chips a sweet parabola passed Rubinho, and in an incredible turn Mutu brings us from 3-0 to 3-3 in 30 minutes and scores his first and to date only hat trick. 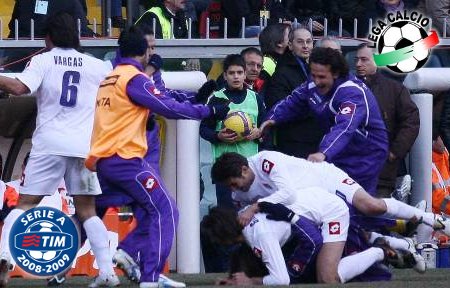 Mutus 2009-2010 season was plagued once again by injury and off the field problems. Chelsea had imposed a massive 17 million euro fine and Mutu took the field the first day against Bologna. After going 1-0 by ex viola Osvaldo, Mutu headed in the equalizer and a visibly upset Adrian couldn't celebrate. Immediately he was sidelined for injury making several cameo appearances with goals against Bari, Bologna, and Siena, and a double against Debrecen in the Champions League. Just as it looked like Mutu was getting back to form with a great appearance against Lazio in the Coppa Italia, his troubles caught up with him and he was banned once again for taking an anti-obesity over the counter medicine.

However up to now Mutu has been the most energized player. He has taken his training seriously, impressed in Cortina, and despite not being on the field was an influence on the team who desperately needed him. Against Catania it'll be up to him to make the difference in a team that needs a hero. Mutu could be just that.