Fiorentina-Bari 2-1: Learning how to win again

Share All sharing options for: Fiorentina-Bari 2-1: Learning how to win again 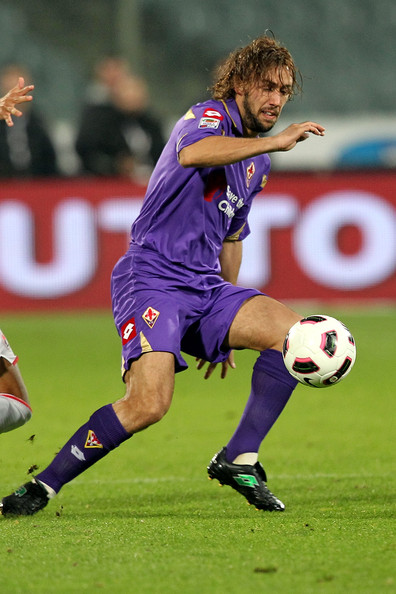 Today in beautiful Firenze, the boys in Purple finally did what they were supposed to. Put out a somewhat convincing win. If you watched up to the last 5 minutes you saw determination, spirit, and another beautiful goal from a guy that 80% of us believed should have been sold this summer.

Its not a season changer, but its a morale booster and exactly what we needed in a time like this. Bari came to Florence on the heels of two straight losses, and our week wasn't looking so hot culminating in Adrian Mutu's late night audition for the next Rocky film. But leave it to Marco Donadel to supply another beautiful yet rare goal.

Lets face it, Marco is the spirit of this team at the moment, he puts grit and life into his movements and IMO has been one of the few positives of this season thus far. Our defense for once was actually decent and a late miracle save by Comotto was a good sign that something clicked in their heads. Gambatali held up with Natali especially winning most of his battles, and Pasqual looked lively although he does seem to abandon his position more often then i'd like and move forward. Frey didn't have much to do during the game but no fault on the goal although I thought I had heard a whistle shortly before so its possible the squad was briefly lost in confusion. Despite the calve issues, our capitano looked lively and put Gillet to work with a great shot in the first half. Santana has been another positive this season and holds a sturdy midfield, although I probably prefer him moving up more. Ljajic and Gila worked well together although Ljajic was absent in the first half but was instrumental in the 2-0. Gila once again proved he is an opportunist but should have buried a second when he had a chance. Miha saved his job for one more week, and although he still hasn't entered viola hearts we can only hope that this is a better start. I liked the introduction of Papa Waigo who entered to an applause from a stadium who still remembers their hero against Juve that beautiful March 2nd day.

Also of note, the return of Antognoni to the Franchi who was celebrated with banners, chants, and applause.

We have a midweek "derby" against Empoli this week in the Coppa Italia, and a good chance to see Artur and the Primavera boys (who today beat Juve 2-1 with goals from Carraro and Matos)