End of an era? Or beginning of a new one?

Share All sharing options for: End of an era? Or beginning of a new one? 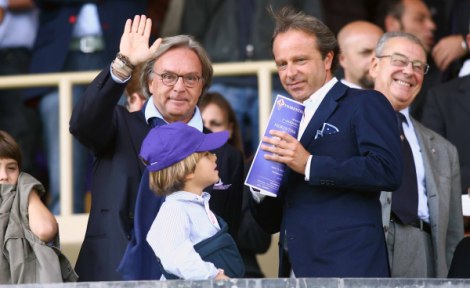 Today announced the official end of the much hoped for Viola Citadella. The training center, offices, and possible new stadium that the Della Valles had promised for over two years.

"We've been fighting for the Citadella since we first arrived, and we can't anymore, my brother and I are tired and the city and the region just won't accept our demands."- Andrea Della Valle

The president of the Tuscan region, Enrico Rossi, and the mayor of Florence Matteo Renzi have once again failed to come to a compromise regarding the Della Valles even though Renzi would like to push ahead and at least build a new stadium.

But despite Renzi's optimism there are strong signs pointing to a major shakeup within the team going as far as the abandonment of the Della Valle family. Many fans and pundits (including this one) don't see the Della Valle's as eye to eye with the team anymore. They saved us from extinction and have gave us 8 spectacular years of triumphs from C2 to Anfield, but it seems as of late our club has taken a backseat to their plans. We are still without a functioning president, the leadership is left in the often devious Sandro Mencucci, and Corvino is the only one who actually seems capable of doing his job, even if as of late our transfer seasons since 2008 have become increasingly bizarre. It was DDV who basically "fired" Prandelli when he flipped out and made Prandelli commit to a team he had committed to time and time again. Prandelli could have stayed if the trust had been given to him. It is possibly time that we need to start a new project even if that includes new management. For all the success this team has made, and the weight it carries to the city, we deserve more. We deserve a better stadium then the historic but massively outdated concrete block that currently we call our home, we deserve better facilities to train, but most importantly we deserve leadership that cares as much about the team and the city as we do. ADV left this gem today "People believe we come to Florence to take a walk in the park, that we've lost touch with the team, but we care and we're here to stay." So then consider this:

Both of them have been absent at the games basically all season.
Training is usually overseen by Corvino or Mencucci with brief "appearances" rarely by the brothers.
and a lack of any statements or words of encouragement as well as a lack of reaction when we need it most.

So to conclude, either the DV's do their job, or its time to go.