The Purple v The Pink - Game Day 6 at The Franchi

Share All sharing options for: The Purple v The Pink - Game Day 6 at The Franchi 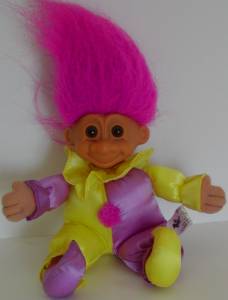 This Sunday, at 9am EDT at the Artemio Franchi (and here at our board), our good friends from the far south, Palermo, come to visit.

Neither squad has had the start that their fans would like, each having one win in 5 matches. Fiorentinas lone win against Parma last week 2-0 gave gigliati a faint ray of hope, while Palermo's win was at Juve 2 matches ago, which fired up the Rosanero. Since then, Palermo have had a disappointing tie at home with Lecce and an Europa league game with Lausanne Sports, in which they were mediocre, but did manage to get the goal and the points and move into second in the group.

Both teams are tied on the table at 14th and 15th place with 5 pts, but only 5 pts behind the league leaders. Fiorentina will be looking to build on their momentum from last week while Palermo will look to keep up the away form they had in Turin.

Lineups
I really am not that familiar with the current state of the Palermo lineup, other than the fact that they rested Zinedine Zidane, er Javier Pastore for their midweek tilt and that our old guy, Liverani, is still on the squad.So I'm not even going to pretend. Miccoli is probably out with a muscle strain. There could be some kid named munoz playing, however, he wouldn't come here, so he really sucks anyway. The guy named after a pasta product might see some time and there's another defender named bozo or something. i don't know, does it really matter?

For Fiorentina, Gulan is not available. Pasqual is back and Natali is available, but a little dinged up. Vargas picked up a knock in practice Friday and is questionable, he might be able to make it. in the 4-3-3 my blind guess is:

The official for the game is Paolo Silvio Mazzoleni.

Coverage.
there is no US tv for this match. it will be on ESPN 360 and we will have streams as always

prediction
i think Fiorentina score in the first 20 to 30 minutes when gila gets dragged down in the box by munoz (would be fine irony) and ljajic converts, but one to many casually gifted corners will be converted by palermo. bovo will avenge himself on me for my bozo remark. 1-1