I’ve Crawled out of More Coffins than Bela Lugosi

Share All sharing options for: I’ve Crawled out of More Coffins than Bela Lugosi 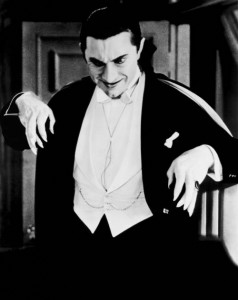 In other words, I’m not dead yet.

Allow me to (re)introduce myself. My name is Ted. A few years ago, I became the blogger for the ole’ Fiorentina page here at the offside. And, I might add, I was fairly good at it. For about a year and a half (that’s forty years in online time, which is similar to dog years) I was the sole blogger for the page; I wrote three or four times a week, previewed and analyzed matches, speculated on transfers, and occasionally discussed the best places to eat in beautiful Florence. I loved being part of the Fiorentina fan community.

Then my wife and I had a kid.

If anyone out there is a parent, you know that having a kid means you wave good-bye to your free time, especially if (like me) you are determined to be a GOOD parent. And frankly, I might be a Per Kroldrup-level blogger, but I am a Roberto Baggio/Gabriel Batistuta-level dad. So I had to cut back on my blogging last season, but my pals Tim and Dumitru picked up the slack, and did a great job.

Over the summer, to top everything else off, my boss up and quit his job. I was second in charge of the non-profit I work for, and when he split, I was made (at least temporarily) first in charge. Thus, between that, and being a good a dad, I had no time left. So, since the boys in purple were out of season, I decided to take a few months off to try and catch up in other areas of life.

With all of your patience and acquiescence, I would like to slowly ease back into occasional blogging about the boys. Because even though the blogging hasn’t been there, the passion certainly hasn’t gone away. I’ve been thinking about the club more than ever as we enter a crucial stretch. Here are things we need to be discussing in the both short and longer term:

• This week’s MAJOR match, the first of two legs, vs. Sporting. Is there any other sport than football that has possibly the most make-or-break match of the season as the first game of the year? A win (over the two legs) puts us in the group stages. A loss means a depressing year for all of us.

• The early part of the Serie A schedule: looks manageable, but will be able to build up some points early on in the season?

• My enduring and (frankly embarrassing) love for all things Jovetic: will it continue?

• Finally, as the season gets underway, we can hopefully discuss any final transfer news, especially as the window closes in a few weeks. Have we done enough? Will we find another centerback? Can any of YOU play centerback? Because we might need you…

Well, that’s all for now. If (and it’s a big if) I can find a good stream of the match, and the time to watch it, I will report back here with the results.

It’s good to be back, everyone. I am looking forward to the coming season. I hope you are all well.