Holy Saturday battle with the Sardinians

Share All sharing options for: Holy Saturday battle with the Sardinians 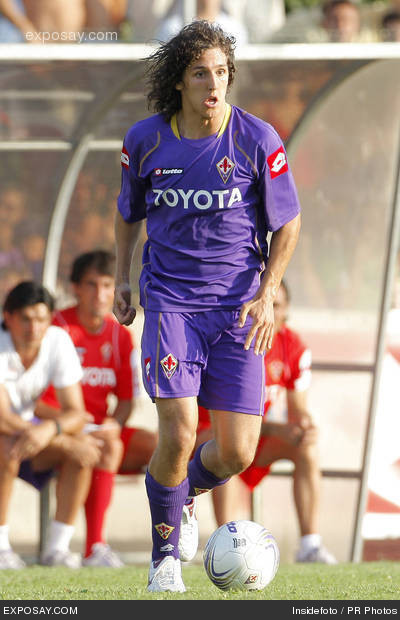 I'd like to begin with a word of advice - do not update your facebook status with "RIP Jesus" in a joking manner on Good Friday. Even if you posted it as you were leaving work to stop by Church to catch a bit of Stations of the Cross on your way home. If you are friends with a guy from your all-boys Catholic High School who teaches theology, he might get offended. Anyway, to the preview we go ...

A Moment of Silence for the Earthquake Victims

I'd like to take a moment to honor the victims of the Earthquake in and around L'Aquila, as they are doing all across Italy today. There will probably be a moment's silence before the matches kick off tomorrow and our hearts and prayers go out to the victims and their families.

I was hoping to get to this mid-week, but I've been under the weather with a bad sinus infection so I'm going to combine it with the rest of the preview. I thought we'd take a look at Genoa's last 8 games and compare them to Fiorentina's final 8 Serie A matches. Here's where they stand currently. Here are the matches:

Plus, there are 3 common opponents, Lecce, Torino and Sampdoria. The Samp game is the derby match for Genoa, so it goes without saying that it will be a difficult affair. The Lecce and Torino games will be more difficult than they appear for both teams because those two sides are likely to be fighting for their Serie A lives.

The long and the short of it is that things look like they will be nip and tuck all the way until the end. One of the best chances for Fiorentina to make up ground will be this weekend, even though we have to rely on the Bianconeri Bastards of Turin to knock out Genoa. Either way, like we've been saying for weeks now on the blog, every match needs to be played like a cup final, and Fiorentina need to get as many of the remaining 24 points available for the rest of the season in order to secure a second consecutive champions league campaign. And that final game, at home, against AC Milan looms large. Hopefully the Viola will have their place secured by then, because Ancelotti's job could hinge on that result (or he could have made up his mind to take Abramovic's millions at Chelsea by then, whatever).

Both teams have had the week off to get ready, and Cagliari will have most of their top 11 healthy and available for selection. The Viola, on the other hand, will be without several important players, including Mutu, Santana, Jorgensen, Kroldrup and possibly even my main man, Felipe Melo.

Cagliai are improbably sitting 7th in the table, and much credit has to go to their manager Massimiliano Allegri who is in his first Serie A season. When I have seen them this season, they have been very disciplined, organized, difficult to break down and lightning quick on the counter attack. The Viola back 4 will have to pay extra close attention to Acquafresca and Jeda, as both of these players are quick with the ball at their feet, play incisive passes and can take a scoring opportunity when it comes.

Fiorentina are at home, where the results have been largely excellent this season. Even though the full squad is not available for selection, the return of Gamberini at the back will provide a huge boost and I know for a fact that Bassy has been sleeping better this week knowing he's available. The Gila Monster will be squarely in the spotlight, as he is the only proven goal scorer healthy at this point. I know he's proud of the 16 league goals he's contributed so far this term, and hopefully his winner last week will have inspired him to add to that total tomorrow.

A couple things here - Melo is still recovering, but I think we'll see him. This lineup would allow Donadel to do the dirty work in front of the back 4 while we'd get a serious upgrade in distribution with Melo as opposed to Kuz's tendency to be wayward in his passing. The striker options are limited, and we'll probably only see Bonazzoli if we need a goal or are protecting a lead. The other option would be to use Vargas at LB instead of Pasqual, but I think Pasqual's recent performances have earned him the nod at this spot.

The game starts tomorrow morning, Saturday, at 9am EST. No USA TeeVee, so I'll be checking here with everyone else for our favorite pirated streams.

It is clear how big this game is, and Cesare Prandelli has had a week to prepare. Fiorentina can be proud of the hard-fought away win last weekend, and I think that the boys will be ready. 2 - 0 to the good guys, with the goals from Jo-Jo and the Gila Monster.