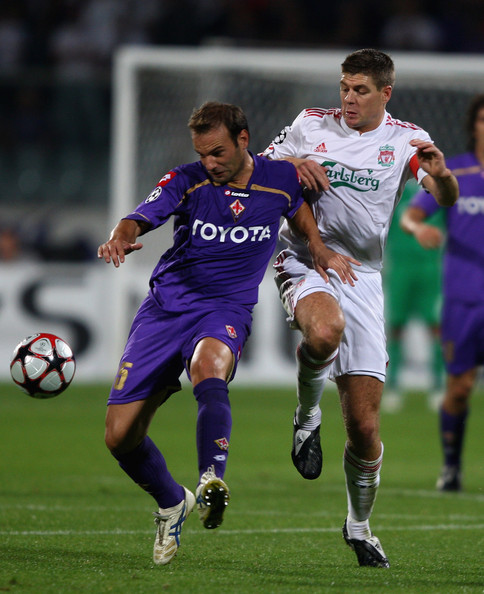 So, the team eager to announce its arrival this season with a big hollywood-style unveiling organized by owner Aurelio De Laurentiis comes to the Franchi on Sunday. You know, the "sleeping giant" everyone wants to see towards the top of the Serie A standings. Maybe to break the dominance of the Roman and Northern sides, maybe because of Diego Maradona nostalgia, or maybe because they just want to see something different this season. Whatever the reason, these guys stink right now, and have not even come close to living up to expectations. They're already on their second manager, having moved from a guy who was a failure at the helm of the Azzurri to a guy who has never managed better than a 6th placed finish and would probably have to consider his finest achievement as a manager to be avoiding relegation with lowly Reggina for 3 consecutive seasons. So why am I a bit nervous about this match?

I guess I'm worried because we know that Quagliarella can score from anywhere. Also, they' got Lavezzi and Hamsik, who, despite their penchant for losing passports and god-awful tattoos, are the exact kind of short, pacy, shifty and creative players that could give Fiorentina's defense fits. Plus, there's the fact that Fiorentina played a difficult away CL match in Budapest on Tuesday while Napoli were able to stay home, rest, train and try and figure out what the hell their new manager wants out of them.

Nothing major is happening with the Viola. Marchionni is still out, and I'm not sure if Dainelli will be ready to go from the start. Also, we're likely to see Mutu start on the bench due to the need to rotate the squad and the fact that he went the full 90 for the first time in quite a while in Budapest. Also, Jo-Jo is rested and ready to go. Its also possible that Gobbi may get a start on the left sided attacking role since Vargas may need a rest as well. I'm hoping he starts because Napoli's recent switch from a 3-5-2 to a 4-4-2 leads me to believe that they'll still be vulnerable down the flanks. And we all know that Vargas is our best way to take advantage of that. Also, I think its time for LDS at RB.

The match begins at 10 am EST Sunday morning, on account of the Europeans changing their clocks earlier than we do. Unfortunately for Serie A fans, FSC is airing the Scousers against Man U at that time, so we'll be scouring for internet streams.

Despite my aforementioned apprehensions, Fiorentina are plainly the better team. I'm going for a 3-1 victory with goals from Jo-Jo, Gila and Vargas. I see Quagliarella getting one as well.