Batshit Rumor of the Season…So Far

Share All sharing options for: Batshit Rumor of the Season…So Far 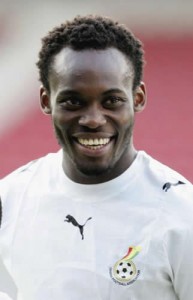 Before I write up the Lecce preview later in the week (Yay! Real football!!!) I wanted to do a last check-in with the transfer rumors.

They’ve been piling up since November/December, some have been fairly realistic while others have been all the way “out there,” but this one is the leader in the clubhouse for crazy batshit transfer rumor of the year…so far.

It has been reported that over the summer Fiorentina will sign the engine of Chelsea, a man so versatile, so skilled, and so full of running and energy that he is considered one of the best players in the world. Never mind that he has a five-year contract with one of the biggest clubs in the world, never mind that all the other big clubs (Barca, Man United, etc.,) would line up to get him if he WAS available, never mind that his legitimately high asking price would be pushed to even greater heights since he plays in the way over-hyped Premier League on a way over-hyped ‘big four team.’ That’s right; Mike Essien is signing with Fiorentina!

Only, he’s not. It seems like just another bit of nonsense made up by the less that estimable goal.com, one of the many websites dedicated to printing whatever rumors they might hear passed on from crooked agents, daft fans and 11-year-old kids. But it’s the most batshit rumor of the year so far involving the Viola, and that makes it my FAVORITE rumor of the year so far.

I will be back soon with the Lecce preview.