Fiorentina v. David Beckham, maybe without his sidekick, the lesser player known only as “Kaka”…

Share All sharing options for: Fiorentina v. David Beckham, maybe without his sidekick, the lesser player known only as “Kaka”… 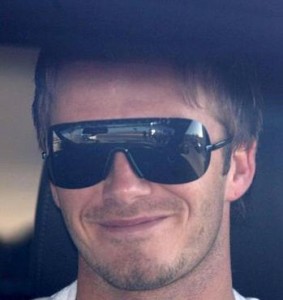 On Saturday afternoon here in the States, Fox Soccer Channel will show MY favorite team, the mighty Fiorentina, play David Beckham in a professional football match held in Italy. You’ve got to hand it to that Beckham fella. Not only does he play all eleven positions on the pitch AT THE SAME TIME, dammit, but he gets my club on the big screen where I can watch them play without getting up at some ungodly hour on Sunday morning, hoping one of the gang on the Fiorentina boards (probably Slakas) found some sketchy illegal feed that I can squint at for the first half before it goes dead. It would almost be worth playing that smug jackass every week if the Viola could be on TV all the time. Almost.

In other news, I discovered through my typically diligent research that there are actually other players who are on the Beckham’s roster. Apparently they are there to “back up” the Magnificent One if he gets an owie on his ankle while kicking his innumerous free-kicks into the net or something. Apparently a bunch of them are Brazilian. I don’t know. Anyway, word on the street (er, the internet, rather) is that the Beckham’s are going to sell one of their Brazilians to the OTHER team in Manchester, the one that doesn’t employ Wayne Rooney. The Beckham’s are going to get a bunch of dough for this Brazilian, apparently, and will presumably use the money (reported to be in excess of one hundred gazillion gold doubloons) to make a permanent deal with the woeful LA Galaxy (you may have heard of them, since they suck) to keep the Magnificent One there permanently. You see, the Beckhams (who were formally called A.C. Mil…aw, who cares) would look pretty silly after they renamed their club after their greatest-ever player, only to see him go back to Los Angeles after two months to resume his old job of sucking ass for a sub .500 MLS team. So they have to keep him.

So what does this all mean for us? Not much. This Brazilian (whose name is apparently a childish slang for fecal matter) would probably not have played anyway, since David plays all eleven positions. Thus the question becomes a relatively simple one: can Fiorentina beat a single man, even if that man is the Great David Beckham?

Complicating all this is the fact that the boys are coming off a dispiriting loss to Leece, lost their best outfield player to injury, and have sold their backup striker to Sampdoria, where he will presumably starting hitting the third row of seats behind THEIR goal instead of ours. For God’s sake, I have no idea who will start in the front lines for us; Bonazzoli? Osvaldo? My Precious? Christ, who knows?

Prediction: Fiorentina 43-David Beckham 42
Goldenballs will score a remarkable 42 goals in this match, mainly with neat-o curving free kicks and other general awesomeness. However, one man, even as great as he is, can sometimes have a bit of trouble on defense, so the Viola will get 43. Also, since he’s the only guy on the field, the refs have no idea how to call the whole offside rule. Anyway, we win.

The game will be televised LIVE at 2:30PM here in the states on FSC. Thank you David Beckham and his affiliated media whores!

I will be back on Sunday to recap the game. Forza Viola and remember: he’s only one man.