The Purple One is Back (I Mean Me, not Prince)

Share All sharing options for: The Purple One is Back (I Mean Me, not Prince) 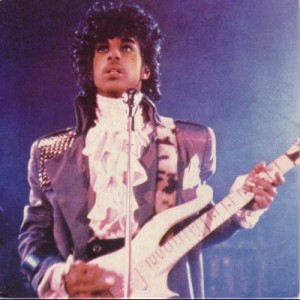 Sorry about the extended break, everyone. With the hateful international week upon us, my wife and I took off for a little break on the beautiful island of Nantucket, which is just off the coast of Massachusetts, for those of you who are geographically challenged. (My wife, by the way, is the bomb. She always plans our vacations for when the Viola aren’t playing. Except when we vacation in Florence, when she plans our vacations for WHEN they are playing. She even gave birth to our son three days before the start of Euros 2008, assuring that I could watch every game live at home while on paternity leave. Okay, that was unplanned, but still.)

Anyway, while I was gone…not much happened. The big news is that our stalwart central defender, Alessandro Gamberini, hurt himself while playing for Italy and will be out for an extended period. (Perhaps twenty days, perhaps more.) He’s our best defender in the middle of the park and we have key league and Champions League matches coming up, so this hurts. God, I hate internationals.

There are also a few rumors floating around, including one that Pablo Osvaldo almost went to Spurs and another that the Viola might be in the hunt for Lukas Podolski come the January transfer window. Christ, we are already talking about the January window? Anyway, I will dignify neither of these silly rumors with serious comment.

So that’s all I’ve got for now. Like I said, its been a quiet week. Now that we are back on track, however, we have a big week ahead of us. The Viola travel to Napoli on Sunday (they may still play in front of an empty house) followed by their first proper Champions League match in the mid-week. Like all of you, I can’t wait.

So it was a nice break, but it is good to be back. I will keep you up-to-date with the news as we move towards our big week.