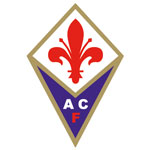 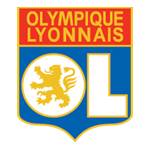 It would be hard to exaggerate how much I’ve been looking forward to this one; it goes back longer then when the Champions League groups were announced a few weeks ago, putting us with Bayern, SB, and Lyon. It goes back longer than when we qualified for the group in August by beating Slavia; it even goes further back then the last day of last season, when the club finished fourth in Series A and qualified for the biggest club competition in the world. No, for most people it probably goes back a few years ago to the day when the Great Man was appointed to lead the club, and before that to when the Della Valle family invested wisely and shrewdly in the Viola, recognizing that this bankrupt club in a lower league was special, and that it could rise once again to great heights. Tomorrow evening in France it will another step closer to the summit, and for fans of Fiorentina, it couldn’t be sweeter.

It is indeed in France where our Champions League journey shall begin against a very formidable opponent as seven-time French Champion Lyon takes on the Viola at their home Stade Gerland at 8:45 PM local time. As I was doing some research this afternoon (to bulk up my almost non-existent knowledge of Lyon) I was surprised to learn they have already played 74 matches in the Champions League, a huge number considering it is a relatively young competition. Still, Lyon are giants of Ligue 1, and have been here many times before. They bring not only a wealth of experience to the match but also home field advantage and a number of staggeringly talented players. Lyon has only lost twice in 23 home matches in the Champions League.

For our beloved Fiorentina, meanwhile, this is of course our first Champions League group match since 1999 when Batistuta and Rui Costa ruled that Artemio Franchi. Most experts have us pegged to be the plucky third-place team from Group F, causing problems at home but falling on the road, paving the way to advancement for Bayern and Lyon. These experts will say that our time will come in a year or two when our talented squad matures. Our brilliant coach, Cesare Prandelli, will have other ideas, and will bring a wealth of talent with him, including Mutu, Gila, Monto, Melo, Vargas, and the beloved Bassy Frey, somehow the best ‘keeper in Italy (there, I said it) and yet still not good enough for the French national team. That’s their loss.

A few facts are in order. As I said, Lyon has played 75 matches in the CL. Many more than the Viola. They have only lost twice at home in 23 matches. They are the biggest team in their country. They have household names (well, nearly) in Juninho and Benzema. They are at home. They are currently playing well in their league.

But there are other facts as well: One of those two losses in that 23-game run was to an Italian team. And in their last four matches vs. Italian competition, Lyon has not recorded a win. In Fiorentina they face a young, enthusiastic, and hungry team of youngsters, led by a brilliant tactician. The Great Man knows how to play attacking football, but also knows how to play careful, road football. It is true he will be without his best central defender with Gamberini still out injured; otherwise he will have a fully loaded squad. We shall see how important this absence shall be.

Starting Line Ups (AKA The Blind Guess Department, especially in regards to Lyon)

Fabio Grosso, Francois Clerc, Kader Keita, Joan Hartok and Clement Grenie all have owies for Lyon. Gamberini, disastrously, is still out for the Viola.

The match will not be televised here in the states, since the good people who televise football in this country (ESPN and Santanta for the Champions League) feel that we do not have enough English football in our lives, so they show all English matches, mixed with the occasional Real Madrid and Barca game, in the Champions League. Sigh. Fire up your computers, everybody.

The safe thing for me to do would be to predict a 2-1 Lyon victory, and then be pleasantly surprised if my guys pull it out. Maybe it would actually make me look smart about football for a change.

I will be back with a recap after the match. Everybody enjoy this one: it’s been a long time coming, and this great club deserves it.