Share All sharing options for: Fiorentina v. Napoli: Preview (yes, of an actual game of football!) 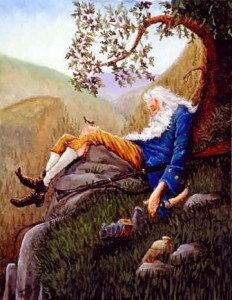 Christ, that international break was so long I almost started getting into other sports again. I watched the Red Sox twice (no mean feat, as your average MLB game runs almost four hours) and endlessly fiddled with my Fantasy (American) Football team. But, like Rip van Winkle, I have awoken from my seemingly endless slumber to realize our beloved Fiorentina is actually going to play a football game this weekend.

And not just any game. This weekend the Viola travel to Naples to take on Napoli, who have had a busy few weeks, including a thrilling 1-1 draw with Roma with only 10 men and having both ends of their home stadium closed as a result of some pretty detestable fan violence on a train. Regardless, the match is being seen by almost everyone as a meeting between two of the strongest up-and-comers in Series A, and two teams that can go out and play attractive, attacking football. Sunday could very well turn out to be a thriller.

The is also the added wrinkle that both teams will be playing important matches in Europe during the upcoming midweek. Napoli hosts Benifica at home in the UEFA Cup while Fiorentina travel to France to play Lyon in the first Champions League group match, something we will be talking about much more in the coming days. Will both teams throw fully loaded teams out there, or hold anything back for mid-week? I am betting on the former (it is too early in the season to hold players out) but we shall see.

I do believe that Fiorentina will come out attacking in this match with an eye towards winning it, especially with the diminished disadvantage of empty seats in Naples. If Fiorentina are to become one of Italy’s elite, they must be able to do this: win on the road against formable opponents. Maybe not every week, but most certainly when things seem to be going their way, as they seem to this week with the crowd ban and the fact that Mutu may be back to play. To the surprise of no one, I think the boys can pull out three points.

Recent Form (In Matches that Matter)

Fabio Santacroce got the red in the Roma match for Napoli, while Felipe Melo got one in Fiorentina’s Juve match. Both will be out. As you can see, I have Mutu playing (a guess) but we will see. It also looks like Montolivo will be back and is much welcomed. Gamberini, Jorgenson, and Comotto are out through injury for the Viola. Thinner in defense than anyone would like.

It doesn’t look right now like the game will be aired here in the states. I know last year there was some contractual deal that kept Napoli home matches off the air. Is that continuing this year? Any thoughts in the comments sections would be appreciated. Anyway, look to fire up the computers, everyone.

2-1 Fiorentina, in a thriller.

I’ll be back Sunday night with the recap. Forza Viola and have a good weekend, everyone.