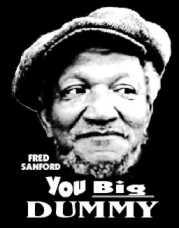 Today at the Stadio Artemio Franchi our beloved Fiorentina got their season off on the right foot by drawing the Dummies 1-1 on a last-minute goal by new forward Alberto Gilardino. It was certainly an exciting match, and one where I am comfortable saying we were basically outplayed by a hustling Juve squad. ( I think they are going to be very, very dangerous this year.) However, the Viola got a share of the points and keeps pace with the rest of the big boys (Roma, Inter and the Dummies also only got a point from the opening round of fixtures, while Milan lost, making my pre-season prediction of another fifth place finish look pretty good). I’ll take it and wait impatiently for our next league match versus Napoli in two weeks.

(By the way, as much as I enjoy calling Juventus “The Dummies” I’m afraid I can’t take credit for it. That must go to Juve coach Claudio Ranieri, who was a bit angry at his squad for giving up the match-tying goal while being up a man after Felipe Melo’s dismissal. While I agree that anyone wearing those hideous black-and-white stripes is a dummy, I think Claudio meant it in an affectionate way, much like Fred Sanford used to always call his son “dummy” before feigning a heart attack.)

So anyway, the Viola got a draw. We are still on track for my hoped-for four points from the first two games, as long as we accomplish the always difficult task of winning on the road in Naples. Thus, in spite of some shaky stuff today, I feel like we have started on the right foot.

Unfortunately, I do not have a traditional match recap as I usually do, something I enjoy pretty much more than anything else in this job blogging for the team. I was with friends and family while watching the match, and did not want to be hunched over my notebook taking detailed notes of the goings-on while everyone else enjoyed themselves. So I just watched the match. For a real match recap, go here.

However, some things did stand out; first and foremost, I do think Juve was probably the better of the teams; they got to almost every ball first, created more dangerous situations, and played superior defense. Bassy Frey saved at least one sure goal, and Gila’s goal, while taken by a player of obvious skill, was also quite fortunate.

Speaking of which, I was also quite surprised by some of the tactics in the game, particularly the insistence on long balls into Gila. Of course it is true that this is what led to our lone goal, and was driven in part by the absence of our most skilled outfield player (Adi Mutu) and our midfield creator (Ricky Montolivo.) However, the situation was not helped by not starting Kuzmanovic, one of our most creative midfield players. Regardless, the Great Man clearly saw something in this tactical approach, and it did get us a draw. So no real complaints.

Finally, this match also gave me a chance to take a look at our new guys and see how they are fitting in. Obviously I liked what I saw from Vargas offensively, even if his attacks left open some distressingly large spaces in the backfield. I also can see why everyone is getting so excited about Melo, even if he was foolishly ejected with only a few minutes left in the game. Both were obviously great buys.

However, I was truly excited by Jovetic. Almiron had done little more than played hard, but the permed-one came on in the 53rd and changed the game, finally bringing some excitement and danger to the Viola attack. He might truly become special as he builds experience.

(Also, kudos to Pazzini who came off the bench and was far more effective than Osvaldo, the man he replaced.)

So, all-in-all, it was a fine and exciting way to start the season, against a dangerous opponent. I’ll take it, and will be watching replays of Gila’s goal well into the night.

A few final things: First, here are Goal.com’s player ratings, always good for a laugh if nothing else.

Here are the great man’s thoughts on the match.

Finally, here is yet another example of the class Fiorentina, and one of the many reasons I love the team.

That’s all for now. Forza Viola and goodnight everybody.