Share All sharing options for: Fiorentina: News and Notes 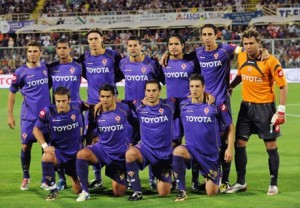 Ah, the day after. There is nothing quite like the relaxed calm one feels after your club has won a big match. Right now the world feels anew, with the exciting upcoming season stretched out before us like a banquet. In that spirit I wanted to pass along the latest news; nothing earth-shattering here, but something to get us through the day as we move towards the second leg of the Slavia Prague tie and the start of the Series A season.

First, here are the Great Man's thoughts on yesterday's match. He seems pretty satisfied. Also, here is the match report from the Gazzetta, which is well-written and interesting.

Even though the real games have started, the transfer window is still open, so the rumors continue. Here is a list of some of the latest rumors that have been going around. Some of them have already been mentioned by some of the loyal contributors to this blog before I saw them anywhere in print. Good job as always, fellas. Also, here is a story reporting that Dainelli will be sold, perhaps to Samp. I'll believe it when I see it. I don't think we should be selling centerbacks right now unless we are bringing in some very impressive replacements.

Finally, here is a little fluff article on Felipe Melo, which I include only because he knocked everyone's socks off yesterday. He may very well become a fan favorite very, very soon.

That's all for now. Take care, everybody.