Share All sharing options for: Transfer Window Opens for Viola 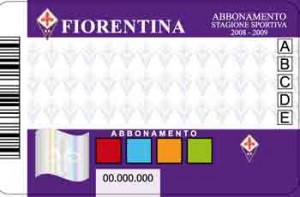 In recent weeks we’ve heard a lot of stories regarding Fiorentina and their summer signings, especially since the team is expected to reload for next season’s Champions League campaign. Well, the transfer window officially opened yesterday, and so we are now able to start separating the fact from the fiction.

The first story that will be confirmed is that Juan Manuel Vargas, as everyone has expected, will sign with the club this week. This has been pretty much greeted as a good move by everyone who has publicly commented on it, and I must agree. Vargas was impressive last season and his skill and versatility will be of great service in the coming season.

That being said, there are still plenty of good ole’ fashioned rumors still floating around the internet. One has Mutu signing an extension with the Viola on Friday (much welcomed if true) while another has Roma’s Matteo Ferrari moving over to the purple. I could link to these rumors every day, and will start posting the scuttlebutt more frequently, but I am going to try to stick to the actual news as much as possible over the next couple of weeks.

Two other quick notes: first, season ticket announcements are now being made on the club’s website, which can be found here. Unfortunately, with my newborn son, I think I am going to have to go without my yearly trip to Florence this year…Damn!

Finally, from the same website, here is a cheerier note: as of this posting, there is only 28 Days, 6 hours, 12 minutes, and 4 seconds until the kickoff with Barca at the Franchi. Now that the Euros are over, I really can’t wait.

I will try to be back later this week with more news. Take care everyone.