Our Man in Toulon

Share All sharing options for: Our Man in Toulon 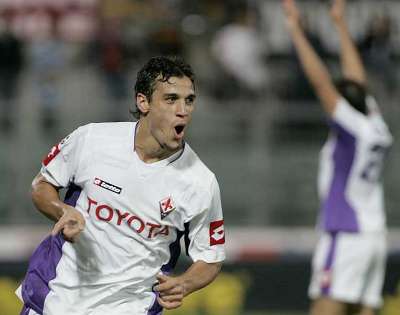 It’s been a fun week to be a Viola fan with all the new signings, rumors, etc. But another thing I wanted to do this summer was follow current and former Fiorentina players as they played on the European stage, such as Mutu with Romania and Ujfalusi with the Czechs. In that spirit, I want to give a quick shout-out to Pablo Daniel Osvaldo, who scored the winning (and only) goal for Italy today in the final of the Toulon under 23-tournament.

I certainly didn’t watch every minute of the tournament, (in fact I only saw about sixty minutes of today’s final) but Osvaldo played well and always looked like a threat. His game winner in the 70th minute was in fact his only goal of the tourney, but he’s come close a number of times and could have had a hat-trick today if the ball had bounced differently. What is impressive is his knack for scoring important goals when they matter most (a skill reminiscent of another Argentine-born striker who used to wear purple) and signifies that this kid is one to hang on to.

Congrats to Pablo and the entire U-23 team for their victory.