We’re Still in the Running for the Cup…

Share All sharing options for: We’re Still in the Running for the Cup… 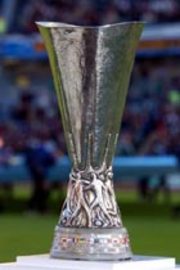 …Unfortunately it is this cup, the UEFA Cup, and not the second cup pictured, Ole’ Jug Ears.

Today in Florence Fiorentina drew with Bayern Munich 1-1 to earn their third point in four games which, for all intents and purposes, realistically eliminated them from the chance to play in the knockout stages of the Champions League. Yes, it is true that they are not yet mathematically eliminated; if they win their next two matches (vs. Steaua and Lyon) and also get some help they could sneak into the second slot and advance. And in a few weeks I will probably have talked myself into that possibility. But in three of the four CL matches they have played, the club has had a very good opportunity to win; they were up 2-0 vs. Lyon in France, they faced an inferior Steaua team at home, and were up 1-0 on Bayern at home. In each case they could not get the win. This is not what CL teams are made of.

I did not see the game today save for five or ten minutes; I had a load of very important work to complete and simply had to get that done first. So I’m not going to go into much detail about today, other than to say that by all the accounts I’ve read, and by what little I saw, the team played well (especially the defense, which shut down Ribery) and should be proud of how they played. Bayern Munich is a good club and there is no shame in drawing them. But a win is what was needed, and a win is what the team simply could not get yet again. 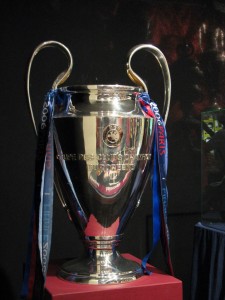 Dario Dainelli said in an interview today that more experience was needed if the team was going to advance in the CL; I do believe he’s right, and think this team, if kept generally as constituted, could be a force in Europe if they qualify next year.

But for now it is time to re-focus on Series A. We have an important, winnable match this weekend, and three points will take lots of the pain away. We can worry about Steaua in a few weeks. But in the meantime hold your head high, be proud of your team as you always should be, and think of how fucking sweet it would be to win the UEFA Cup