Fiorentina v. Bayern Preview: The Line Must Be Drawn Here

Share All sharing options for: Fiorentina v. Bayern Preview: The Line Must Be Drawn Here 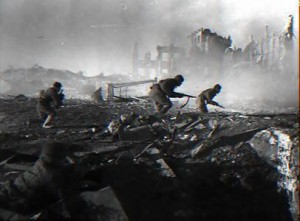 Tomorrow at the Artemio Franchi Fiorentina will meet Bayern Munich in what they hope is the Stalingrad of their Champions League hopes this season. Here they must stop the advance of their opponents and indeed register a victory if they are to have any hopes of advancing to the group stage. (And, incidentally, I’m just using Stalingrad as a shorthand metaphor; I’m not comparing Bayern Munich to the Nazis or the German Army in World War II, so save the pissy emails and comments.)

The Viola have had a difficult Champions League campaign so far this season. Hopes were raised when they jumped to a 2-0 lead vs. Lyon on the road in their first match, but they could not hold on and drew 2-2. They then disappointingly drew 0-0 with Steaua at home and were walloped in their last game 3-0 to Bayern in Munich. They now sit third in their group with two points, while Lyon has five and Bayern has seven. There are still many permutations to what the final table could look like in the group, but most observers agree that a win in Florence is vital tomorrow. A draw would leave them mathematically alive but hanging by a thread, while a loss would seemingly eliminate all hopes of Fiorentina advancing. Thus the Viola must go all-out to win this important match.

To make things more difficult, the match comes at a time of challenge for the Viola. The club has lost Comotto to injury (he has been strong at fullback all season) and is just coming off a discouraging 1-0 loss to derby rivals Siena. There are also injury worries surrounding Juan Vargas and Adrian Mutu, although both may very well play. On the other hand, Alberto Gilardino and his scoring touch looks to return for the Viola, which will certainly give them a lift. On Bayern side, reports right now indicate that old friend Luca Toni will be unable to play in Florence tomorrow, a bit of news surely disappointing to him and also many of his admirers.

It shall be an interesting match. After the drubbing in Germany we know Bayern are a good team that can put goals on the board. I expect them to play cautiously and intelligently tomorrow. As for Fiorentina, it seems as if it has already been a long season since so many games have been played, but really things are just getting started, and tomorrow’s game is probably the first must-win match of the season. I expect (and hope) that Fiorentina plays exciting, attacking football. We shall see what this team is made of now that they have their backs to the wall.

I have Vargas starting in back in spite of the injury rumors. We’ll see. I also have Melo in the midfield ahead of Donadel; both guesses (and they are guesses) are based on the assumption that Prandelli will want more offensive firepower.

The match will not be shown here in the States since neither team plays in England or is Real Madrid or Barcelona. I fucking hate ESPN.

I will be back with the review, probably on Wednesday night. I hope everyone is good, and remember not to destroy beautiful Florence after we win the match.