Chievo 0 – Fiorentina 2: Back on Track

Share All sharing options for: Chievo 0 – Fiorentina 2: Back on Track 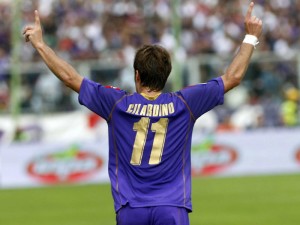 Today in Verona the Viola got all three points on the road as they defeated newly promoted Chievo Verona 2-0 to gain a little ground on some of their competitors for the top spots in Series A and, in the process, got their season back on track.

I watched the game on a so-so stream, with the announcers calling the match in Chinese. (Which I found oddly soothing.) I missed the first 25 minutes (I was taking care of my young son) but was able to see most of the rest of the game; with that caveat, let me say that I thought Viola played well. Yes, they are expected to beat teams like Chievo if Fiorentina are a Champions League-caliber team. Yes, their opponents went down to ten men. And yes, their first goal had an element of luck to it. But these are the games you must win if you are going to be an elite team in Series A. How many times have you seen a club like Milan or Juve got to a place like Reggina or Atalanta or wherever and just grind out a 1-0 win that they didn’t really deserve, but won just because they had a little more skill and were a little hungrier?

Anyway, that’s what today felt like. The first goal was scored off a very quickly-taken free kick by Monto right outside the box, which he slid to Kuz for a relatively easy goal. There was nothing really wrong with the play, but it was the kind of thing we would be bitching about if it was scored against our team. The second goal was the result of a fine run and fantastic cross by Vargas, which was met smartly on the head by Gila to continue his scoring run. As Chievo has already gone down a man on a rash tackle by Scardina, the Viola were then able to control the remainder of the game and get our without giving up a goal.

Aside from the scoring, I also liked what I saw in the details. The defense continues to improve, and Felipe Melo really impressed me in his role as midfield destroyer today. I liked what I saw from both Monto and Kuz today, and Semioli was full of hustle down the left. Gila, love him or hate him, continues to be a scoring machine.

So today was just what the doctor ordered for both the club and the fans. After the dispiriting league loss to Lazio two weeks ago, many of us thought that the club had to take maximum points from their next three matches if they were going to stay in contention. Well, it’s been two games so far, and the boys have earned six points. So there’s no need to panic in Florence or in the many corners of the world, like my house, that think of Florence as a second home.

Have a good week everyone. Forza Viola!